Just looking at this page will suggest spoilers in the story universe. Leave now if you’re sensitive.

What would they look like if these two characters merged into one person? 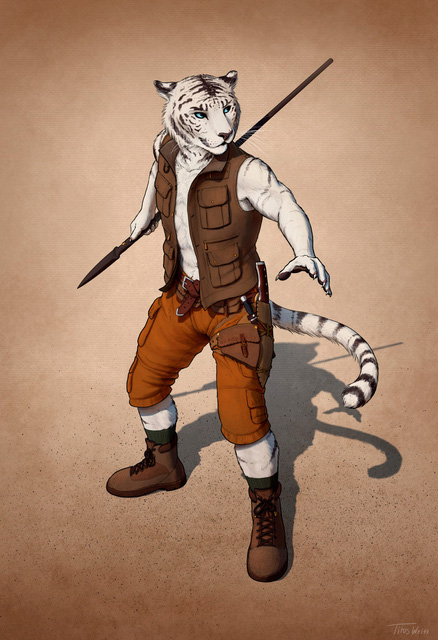 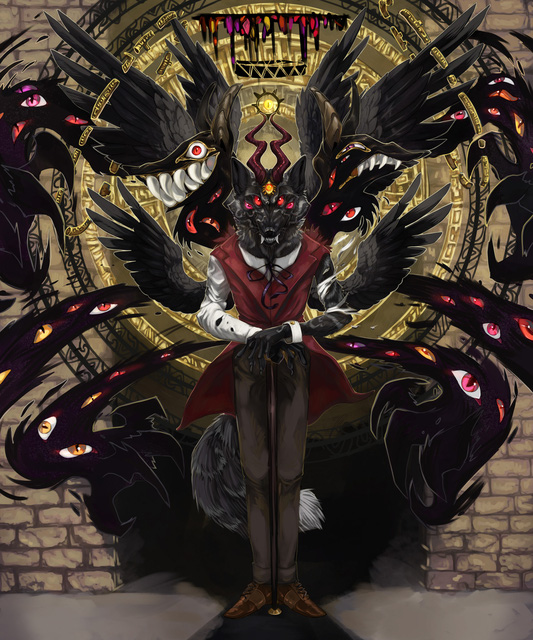 Tuarumonos is hard to say, so his friends might call him Turum.*

Suntiger & co. are seeking a full-body portrait of the merged character of Tuan Suntiger and Rumor – os. We will pay fair price for the work of an artist who can help us out.

Tuan is a creature of flesh and blood, tigerkind. He is a mage and a professional adventurer. He has an optimistic attitude, and is big and strong enough that he generally gets away with it. In about 10 more years he’s going to voluntarily merge with the demon Rumor.

Rumor is a demon, a construct of pure magic. Often we manifest a foxkind body. We’re mostly made of shadows though. We tend to open eyes, anywhere and everywhere, from every dark corner of whatever space we are in. Sometimes we smile at people.

i (rumor) imagine my own face looking something like this, so clearly i’m not a good judge of physical form. 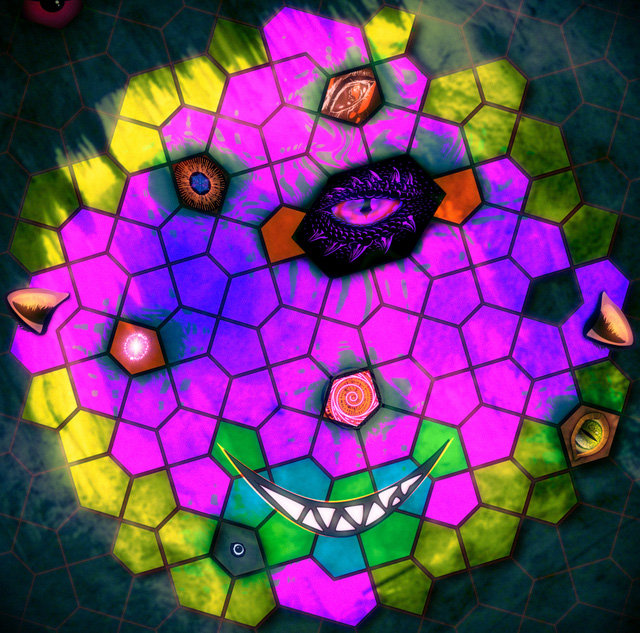 Ultimately, the more Turum can be shown as constructed of magic, rather than flesh and blood, the better.

This creature is terrifying to behold. Bonus points if they also look seductive. NSFW art is totally allowed, so long as we can crop it to use in SFW settings.

Turum is an agent employed by a royal family. They bully local crime bosses or sometimes whole foreign governments. They’re scary enough that most folks listen, and it’s rare they actually get to eat anyone.

They have exactly three friends: two other immortals and one mortal, the jaguar queen of the country they serve. This is a true friendship though, and the queen and the demon-thing interact like equals.

Turum usually operates only at night.

The country they live in is a jungle.

The capitol city is old, and ruled by an ancient lineage of jaguar warriors. The architecture of the city is a lot of stone buildings, many shaped like blunted pyramids – it’s as much a religious temple and martial-arts training ground as it is a government center. The whole palace is built in a valley, with lots and lots of waterfalls connecting the levels of the city.

The world has two moons – the silver one looks like (is) our moon, while a dimmer, red moon trails behind.

This is all optional. While a detailed environment is nice, it’s not the focus. What we really need is a portrait of hellcat, looking sexy, or scary, or both.

That said, if you want to do a softer scene where hellcat is interacting in a kind way with the queen or something, that could be fun too. Talk to us about details though.

Thank you for considering our project.

Back to Art and Artists of the Latter Earth 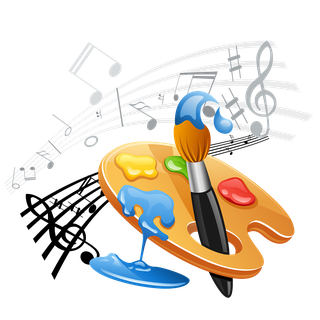