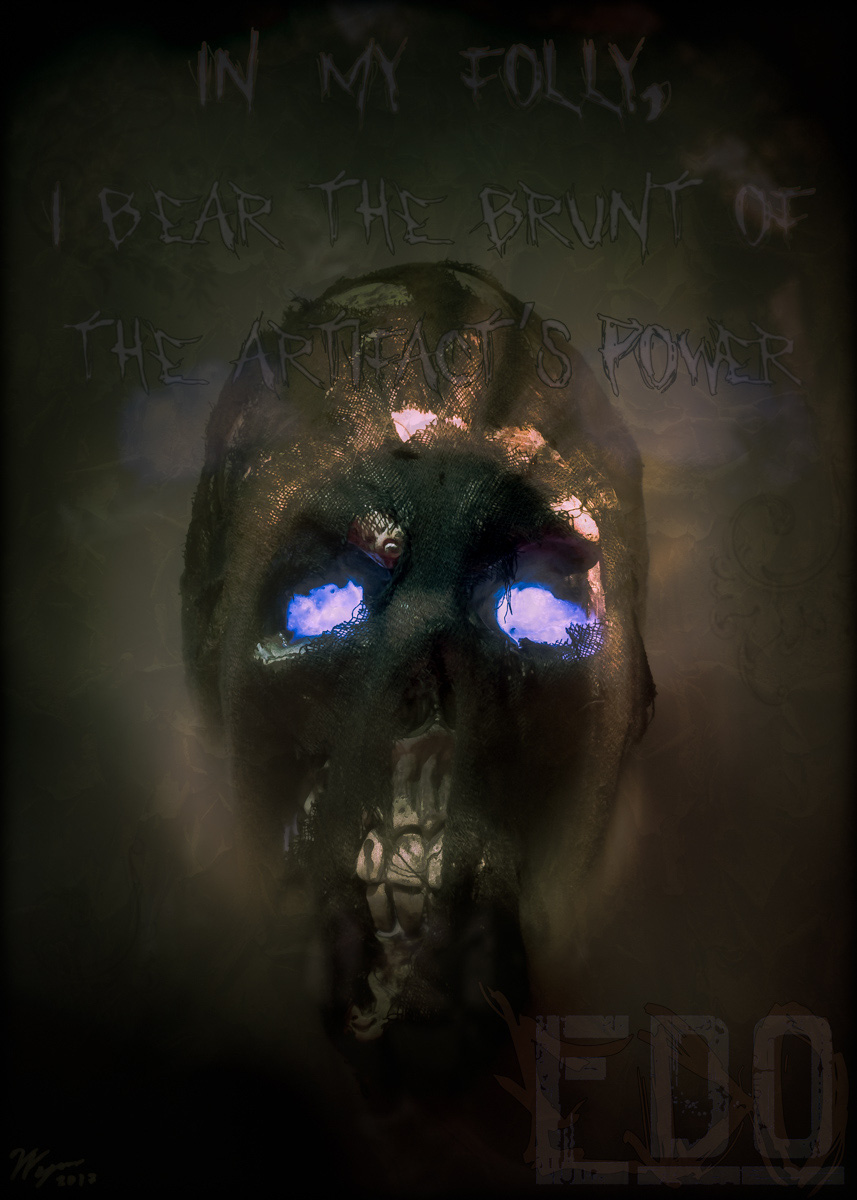 King of the Undead

Origin: a small town near Majura

Edo* died in a tragic accident involving a powerful relic from the ancient and fallen Great Psionic Empire. After this, shunned by all and driven from civilization, he is forced to make a new home, far from settled lands.

High in the northern mountains he unearths an ancient tower, itself an artifact of the Psionic Empire. There, Edo endlessly studies the long-lost sciences that made him, in vain hope of finding a way he might be unmade again one day.

His research effectiveness multiplies when he converts all local living populations into undead drones.

* – Most words from Latter Earth are shown as their closest approximation in our own tongue. In this vein, Edo translates as “Tuesday”. But the owner of this moniker has let me know his name should be rendered as his father pronounced it. ~editor

We have an open bounty for a digital painter to reinterpret the portrait as a ferret!