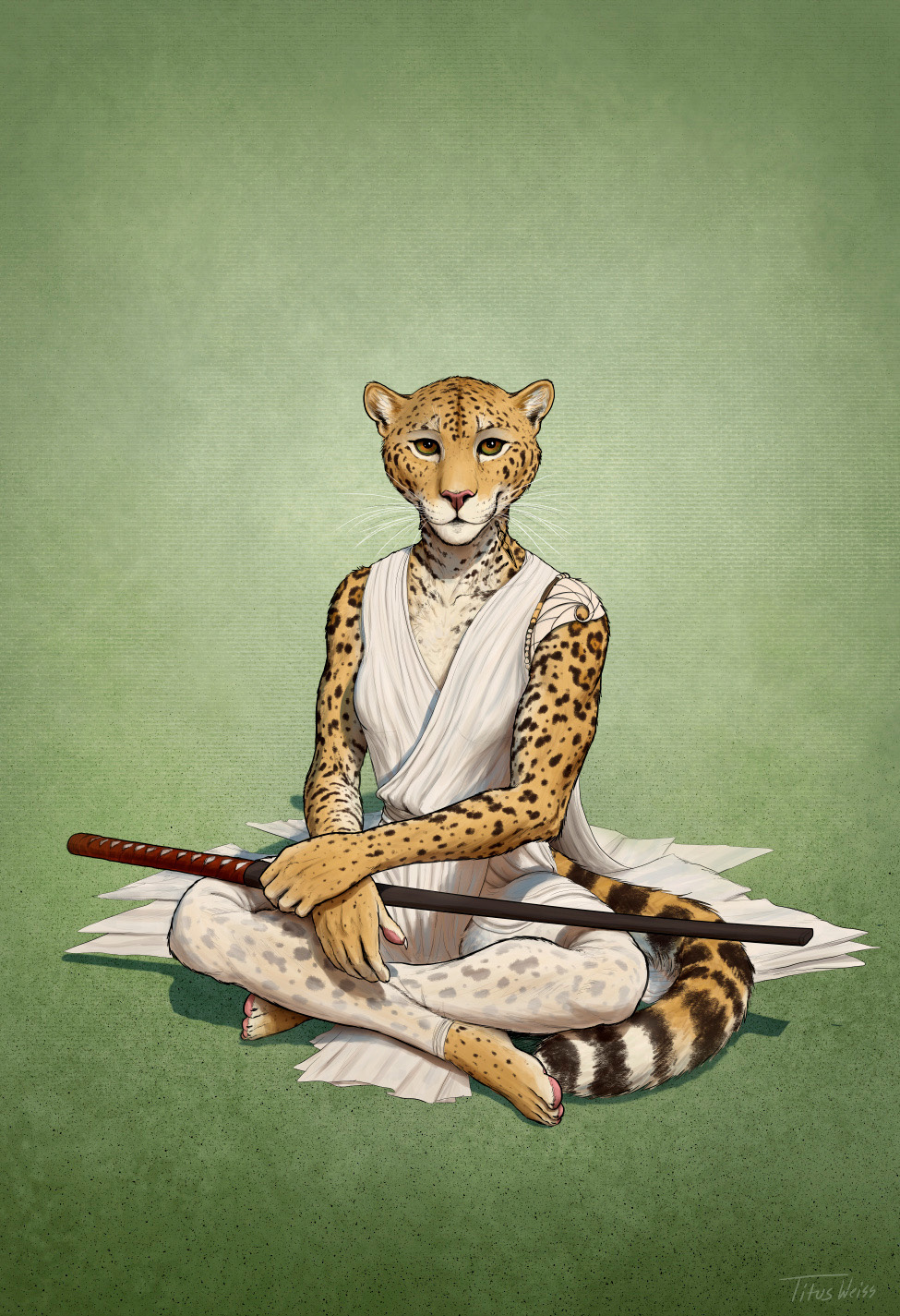 Fiora descends from a powerful and ancient family of knights, who a few generations back carved a nominal peace over the endlessly warring jungle countries known colloquially to the world as Condor.

Fiora feels the weight of her long lineage deeply. Her family temple is regarded as the finest martial arts school in the known world, and Fiora has trained within since her earliest childhood, often directly under the tutelage of her mother, who is often respected as the finest swordfighter in the world.

Sometime in her early 20s, Fiora finally wins a fight against her mother, and with that comes a long-anticipated opportunity to escape home and go questing. She promptly signs up for the guild of wild guides and buys a ticket on the next train out.

For five wonderful years Fiora is free of her mother’s reach. It’s during this time she falls in with a brash and overly confident mage named Tuan. The two guides compliment each other’s skills well and travel together for some time.

But the queen can not be denied forever. Fiora is ultimately forced to return home and resume working for her family. Presently, Fiora acts as a liaison officer between her country’s military and the guild of wild guides, of which she is still ostensibly a member. She holds the official rank of Captain and gets frequently moved between garrisons, as any regiment she’s assigned tends to improve performance.

Fiora is lithely muscled and moves with the grace of a dancer. Her fur is generally golden with rosettes of shadow. She dresses in thin, overlapping, white silks, designed to conceal her stance during combat. The uniform is standard military issue except for the color, which is reserved for the royal family. The outfit includes a head and face veil that can be donned or removed quickly. An intricate knot of white cord on her left shoulder indicates her military standing.