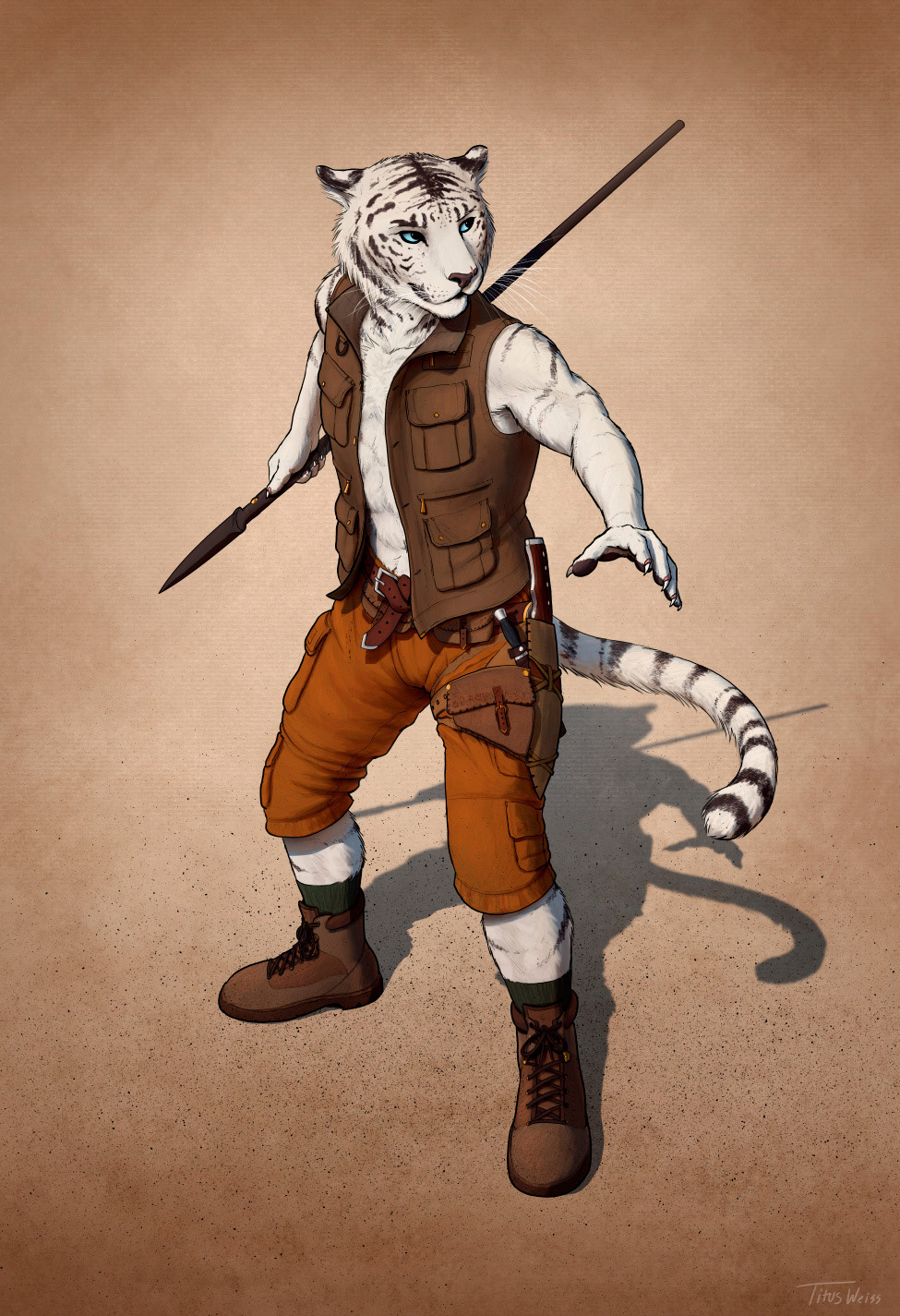 Mage in the Guild of Wild Guides

Six-foot-tall cat with stripes and a day job in adventuring.

The Guild of Wild Guides lists Tuan Suntiger as being a university-trained mage, currently of A-rank and in good standing. This means his day job is guarding caravans, thinning local monster herds, or chasing bounties deep into the wilds of the Latter Earth.

A pair of sigils on the inside of Tuan’s left wrist advertise his power to weave elemental water and light. 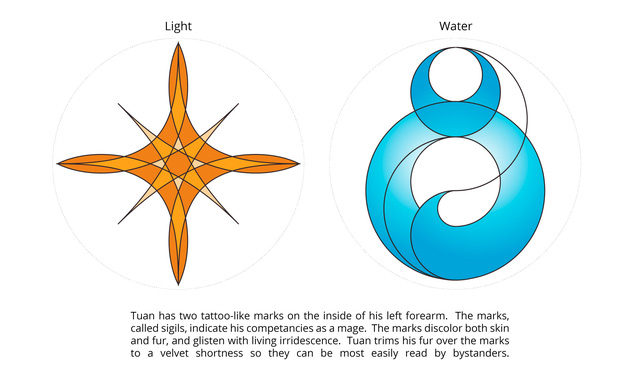 He’s also been coached into nominal competence when wielding a spear. His most prized possession is in fact his spear, a relic from unknown past that acts as the finest magic staff ever forged. It’s also very sharp and useful for poking holes in things.

Tuan owns little else and lives as a nomad. He generally moves from one guild hall to the next, taking quests to keep himself fed.

His closest friends are:

Tuan is slightly large of frame. His fur is white and black, striped and with tail as befits a tiger. His head fluff expresses in a short but thick mane, pure white, which he generally keeps in tight braids. He usually wears boots, vest, and knee-length shorts with lots of pockets. A leather harness straps to his left hip and holds a mid-sized kukri and a smaller dagger. He has tooled runes over every surface of the harness and weapons.

Tuan’s most expressive feature is his tail, as it betrays whatever he’s feeling. He is utterly unaware of this.